Vic led a birding trip to Big Bear Lake, California last weekend. We mostly drove around on dirt roads in the mountains, then walked a short distance to Bluff Lake. Wildflowers were spectacular. Here are some shots.

Next to Santa Ana River 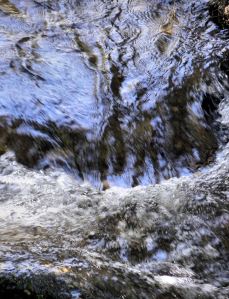 No clue what these flowers are 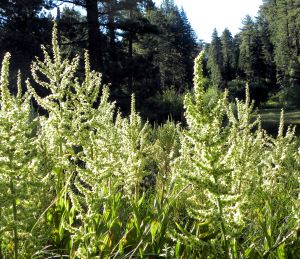 Did I mention that it was COLD? Yes, it was August, but there were ice crystals on the grass

Ice crystals on a sage leaf

A sunflower of some sort

If this were spring, I'd say that this saprophyte was snow plant. Others thought it was named pine drops.

Here is the group of birders that Vic was leading. I don't think he's in the picture. Oops, yes he is. Both he and our son Scott pointed out that he's in the red jacket in back. Hey, I'm working with a 2-inch photo, gimme a break.

Backlit Jeffrey pines. If you sniff the deep cracks in the bark, you can smell vanilla. 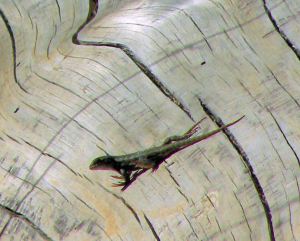 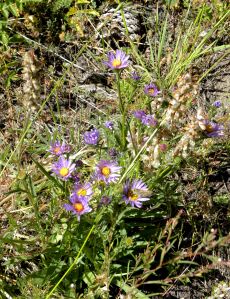 Purple asters. They may be called Showy Asters.

Vic (in red jacket on left) and his group of birders

Our first view of Bluff Lake 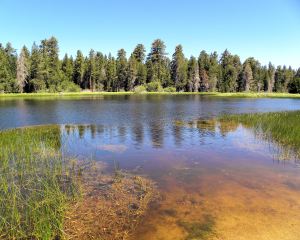 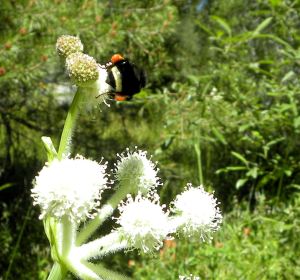 A bumblebee shows us his heinie, and the stuffed pollen sacs on his legs 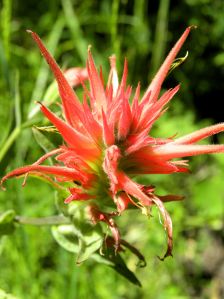 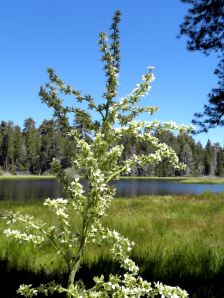 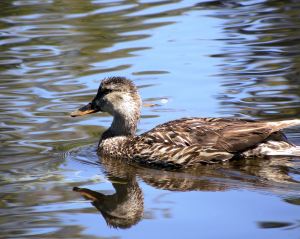 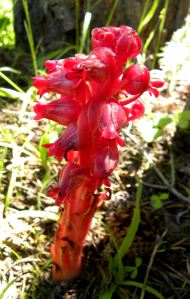 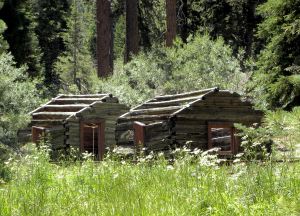 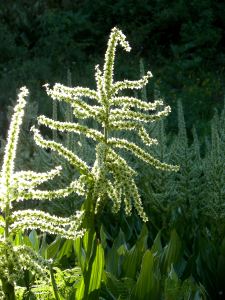 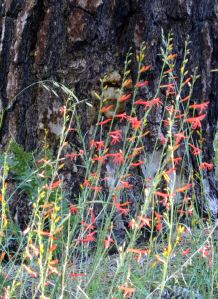 Great trip. Part II will cover where we stayed.

I'm a retired medical researcher, retired professional writer/photographer, avid gardener, and active environmentalist living in southern California. I wrote a weekly newspaper column on environmental topics in the Huntington Beach Independent for many years. I also supervised environmental restoration projects and taught at the Orange County Conservation Corps before retiring in the summer of 2016. This blog chronicles my efforts to live a green life growing as much food as possible for my husband and myself on a 4,500 sq ft yard that is covered mainly by house, garage, driveway, and sidewalks. I am also dedicated to combatting global climate change.
View all posts by Lou Murray, Ph.D. →
This entry was posted in Uncategorized and tagged Big Bear Lake, Bluff Lake, California, corn lily, lemon lily, native wildflowers, photography, Santa Ana River, wild rose. Bookmark the permalink.